Year of the Vulture

YEAR OF THE VULTURE

Year of the Vulture is a razor sharp, doom-infused, intellectual headtrip from Hattiesburg, MS. Going straight for the throat, the two-piece drum and bass combo offers up ground shaking grooves and dissonant riffs reaching all extremes of the spectrum to evolve the place of artists within the metal genre. The crushing, brutal intensity of their live performances creates a powerful shared feeling with the audience, while poetic lyrics delivered with frontman Alfred Jordan’s authoritative vocal stylings finds beauty among the chaos. The band’s unique sound is completed with inimitable percussion from impassioned drummer Nathaniel Red.

Two acquaintances of the rich Hattiesburg music scene finally came together after 8 years to form power-duo “Year of the Vulture.” First meeting in 2007 and later uniting in Vorpal Hands, Nathaniel Red would join Alfred Jordan in what started out as a solo recording project. Upon completing a fully self-tracked demo, Jordan, an accomplished musician on multiple instruments, found himself with the task of finding members to take the songs to the stage. Having already solidified a musical bond in a previous band, he asked guitar virtuoso Nathaniel Red to handle drum duties. A confusing request of someone who doesn’t play drums, but Jordan insisted. Entertaining Jordan’s hunch, Red instantly found a new talent behind the kit. The duo was soon recording new material and playing live, quickly passing the 50 show mark. Their combination of jaw dropping musical prowess and heartfelt playing styles take their live performances to heights rarely seen these days. Year of the Vulture is forever self producing their next opus and can often be spotted on local, DIY lineups within their supportive community. Keep an eye out for their upcoming projects heading to digital streaming platforms and shop limited physical releases through War Tribe Records. 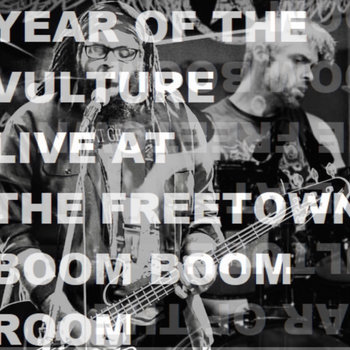 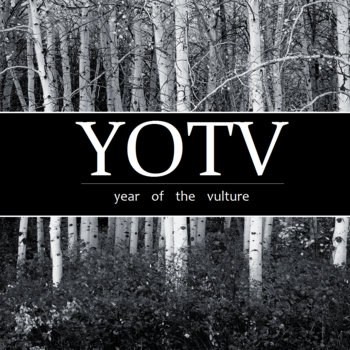